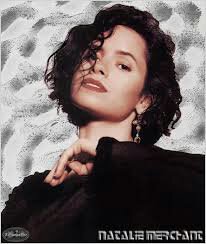 The band was formed as Still Life in 1981 in Jamestown, New York, by Dennis Drew (keyboards), Steven Gustafson (bass), Chet Cardinale (drums), Robert Buck (guitar) and Teri Newhouse (vocalist and Buck’s ex-wife). Gustafson invited Natalie Merchant, who was 17 at the time, to do some vocals. John Lombardo, who was in a band called The Mills (along with brother guitarist/vocalists Mark Liuzzo and Paul Liuzzo and drummer Mike Young) and used to play occasionally with Still Life, was invited to join permanently on guitar and vocals. Newhouse and Cardinale left the band in July, and Merchant became the main singer. Various drummers came and left. The band changed its name to Burn Victims and then to 10,000 Maniacs after the low-budget horror movie Two Thousand Maniacs!.[1] 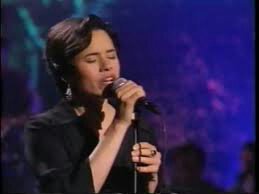 They performed as 10,000 Maniacs for the first time on Labor Day, September 7, 1981, with a line-up of Merchant, Lombardo, Buck, Drew, Gustafson, and Tim Edborg on drums. Edborg left and Bob “Bob O Matic” Wachter was on drums for most of the 1981 gigs. Tired of playing cover songs—though their first notable American hit was found in covering the Cat Stevens hit “Peace Train“—the band started to write their own music, usually with Merchant handling the lyrics and Lombardo the music. In March 1982, with Jim Foti on drums, the band recorded an EP album called Human Conflict Number Five. More gigs followed in 1982. During this time they lived in Atlanta, Georgia for a short while at the encouragement of friends who said that many gigs were available there. Discouraged by the actual lack of gigs, and by having to sell plasma and rake leaves to buy food, the band moved back to Jamestown in November 1982 to regroup.

At the beginning of 1983, Jerry Augustyniak joined the band as their permanent drummer. The Maniacs met Augustyniak when they played in Buffalo, New York, where he was in a punk band called The Stains. Between March and July, the band recorded songs for a second record, Secrets of the I Ching, their debut full-length album, which was pressed by Mark Records for the band’s own label Christian Burial Music. The record was well received by critics and caught the attention of respected BBC Radio 1 DJ John Peel in London. One song, “My Mother the War“, turned out to be a minor hit in the United Kingdom, and entered the independent singles chart. The band toured extensively during 1983 and 1984, and played gigs in the UK.

Peter Leak, an Englishman living in New York City, became interested in the band, made contact and was made their manager. With the help of Leak and Elektra Records A & R man Howard Thompson, 10,000 Maniacs signed to Elektra in November 1984. In the spring of 1985, they recorded their second full-length album, The Wishing Chair, in London at Livingston Studios, with Joe Boyd as producer. Though the album was not a blockbuster hit, its status as the band’s major label debut did win it some notice, and it received significant critical acclaim.

Co-founder Lombardo left the band during a rehearsal on July 14, 1986. The remaining five members started recording a new album in Los Angeles, with Peter Asher as the producer. In My Tribe, a more pop-rock oriented record, was released on July 7, 1987, hit the charts where it stayed 77 weeks, peaking at No. 37 and established a large US audience for the group and was also well received in the UK. The album originally contained “Peace Train.” It was removed from subsequent pressings after Cat Stevens (now Yusuf Islam) made comments implying he agreed with a death Fatwa against author Salman Rushdie. The next album, 1989 Blind Man’s Zoo hit No. 13 and went gold, further increasing the group’s following. In May 1989, the British music magazine, NME reported that 10,000 Maniacs had won the songwriter category prize at the New York Music Awards.[2] In 1990, with the help of Lombardo, they remastered their first two records Human Conflict Number Five and Secrets of the I Ching and released them as a compilation called Hope Chest: The Fredonia Recordings 1982-1983. Lombardo and Mary Ramsey, who had formed a folk act called John & Mary, opened gigs for the Maniacs on the Hope Chest Tour in 1990. In 1991, during the recordings of a new album, Merchant revealed to the other members that she would be leaving for a solo career in two years’ time. The new album, Our Time in Eden, was released on September 29, 1992.[3]In 1993 the band performed at the MTV Inaugural Ball for President Clinton in January, and on MTV Unplugged on April 21. Merchant announced her departure from the band on MTV on August 5, 1993, saying she “didn’t want art by committee anymore.”[4] The MTV Unplugged album was released on October 26, 1993.[5]