Over the last several decades, women have certainly come a long way socially, professionally, and politically.  Yet even women who have ascended through the ranks and speak publically on issues of societal interest are sometimes judged superficially.  Many people who miss a speech by a prominent woman illustrate this point by the question they ask afterwards. Not “What did she say?” but “What was she wearing?”

Editor’s Note: The paper by Nicolas Guéguen that is cited in this post was retracted in October 2019.

True, compared to men, women´s attire gives us much more to talk about because women enjoy a broader range of clothing options in social and professional settings, compared to men.  And although we try to avoid using stereotypes to judge books by their covers, research shows that to a certain extent, we do.  In fact, many people actively seek out that opportunity.

From beauty pageants to political conventions, clothing matters.  Consider the popularity of fashion-oriented events and awards shows.  Several times a year, a significant percentage of the viewing public tunes in to watch a parade of celebrities strutting down the red carpet before a Hollywood awards show, narrated with an often detailed description of who is wearing which designer.  Many of these A-listers have their ensembles custom made for the occasion, to avoid ending up in a “who wore it better” comparison with attendees who bought off the rack.

Many people who tune in for the red carpet fashion parade tune out for the actual awards show, arguably demonstrating the appeal of flash over substance.  Yet research shows that certain items of clothing do, in fact, make women more attractive.  Here are a two well-documented examples. 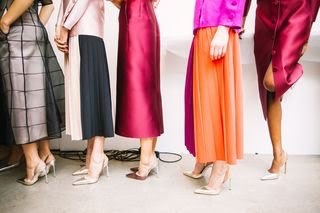 The Heels Have It

A series of studies by Nicolas Guéguen (2015) demonstrated that men find women in high heels to be more attractive.[i]  The studies examined helping behavior in response to female confederates wearing shoes with three different heel heights. 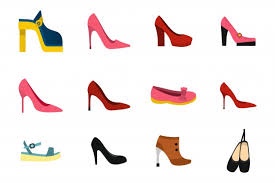